By resolution (02-211/1 dated 04.02.1997) adopted by the Council of the Institute of Earthquake Engineering and Engineering Seismology (IZIIS) and support given by the Ministry of Foreign Affairs, the Ministry of Education and Science and the Government of the Republic of Macedonia (1220-469/2 dated 28.01.1997), a centre was established within IZIIS under the title European Centre for Vulnerability of Industrial and Lifeline Systems (ECILS) in March 1997 (21-891/1 dated 06.03.1997).

By the resolution adopted by the permanent correspondents of the countries-members of the EUR-OPA Major Hazard Agreement (23-24.05.1997, in Potenza, Italy), ECILS was included in the network of specialized Euro-Mediterranean centres under the Council of Europe’s Open Partial Agreement (OPA) for prevention and protection against disasters and assistance in conditions of severe natural and technological hazards.

The mandate of ECILS complies with the scientific and development policy of IZIIS, but also with the strategic goals of the EUR-OPA Major Hazard Agreement. Since its establishment to date, ECILS has realized numerous activities and projects in the domain of urban risk and vulnerability, natural and man-made hazards, raising of preparedness and response capacities as well as numerous consulting and professional missions and activities.

ECILS is a non-profit organization with a seat at IZIIS.

Activity 1: Harmonization of vulnerability assessment for the urban cultural heritage.

Activity 2: Operational testing and diffusion of innovative and cost-effective monitoring systems for monitoring and early warning about geohazards affecting watersheds and critical infrastructures, as partner to the European Centre on Geomorphological Hazards (CERG), France. 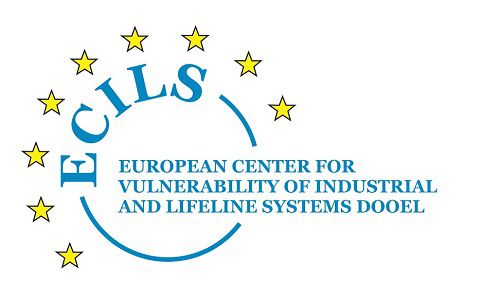 European Centre for Vulnerability of Industrial and Lifeline Systems (ECILS)